What are the different beauties of Indian culture? In several pieces, I investigate by exploring the dance, food, clothes, jewelry, and temples’ architectural aspects of Indian culture and Hinduism as a religion. These pieces of art demonstrate how Indian culture truly has a lot of attractions, and more people should identify India with these features rather than just issues such as overpopulation and pollution. Although these issues are important, India has always been very culturally rich and should be appreciated for its opulent history. Many are also unaware of the cultural features of India which I hope to illustrate in my pieces.

Regarding composition, I made the subjects of my drawing the main focus. For example, for the Indian classical dance piece, I focused on the leg movement rather than just the whole body. This piece represented the difficult leg movements that were necessary for Kuchipudi. This drawing was the most arduous because of its large size and complex folds and wrinkles in the dressing. The silky material required attention to the folds which were shiny in some places while dark at some places but not in the traditional way that is seen in other fabrics. By shading, I am adding the illusion of depth that overall aids to the effect of realism.

By understanding, researching, and interviewing my parents, I curated a list of important cultural aspects that I wanted to understand further. Through this research, I discovered many cultural aspects that I was not aware of. I wanted to best portray India’s rich culture by creating a visual display of it through my art. By demonstrating these ideas, I can display the beauties of the culture often clouded by the country’s negative issues as well as introduce it to people who might not be as knowledgeable in Indian Culture.

I will be attending George Mason University next year as a computer science major. 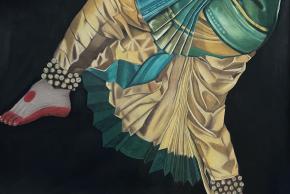 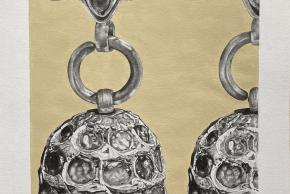 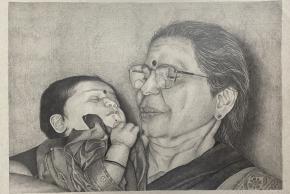 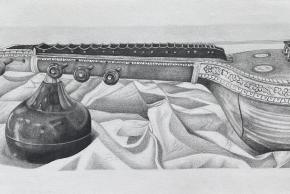 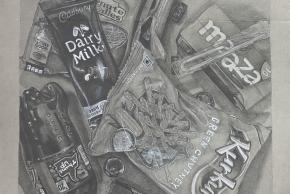